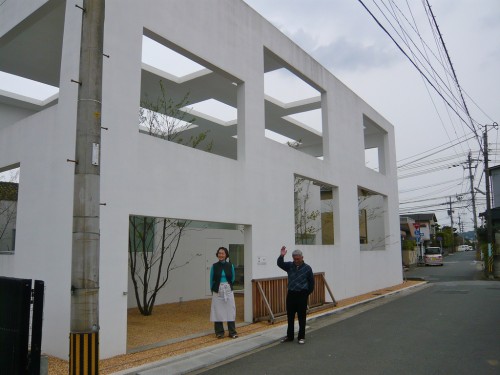 House with a “box-in-a-box-in-a-box” concept for a retired couple.  They asked the architect Sou Fujimoto to reinterpret their home in a simple way when they decided to rebuild their house in Oita City (Kyushu, Japan). 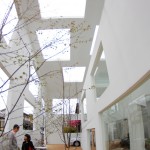 The outer box has no glass, so the space inside are still classified as external and not counted towards floor space. The middle box is the house.  The interplay between the outer and middle boxes creates a playful overlay of openings and solid on the walls and the roof. The inner box is the living / dinning hub in the same proportion as the middle box. 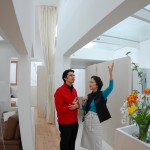 I can’t help but to link this to the nesting dolls made by traditional Japanese craftsmen. Removing an outer doll to reveal an inner one is a metaphor of coming closer to your true self. The house with three shells also gives visitor a strong sense of coming closer to the real heart of the occupant’s domestic life. The shells roughly correspond to layers of privacy, public, semi-private and private in the concept of home we learnt from architectural school.

It was reported in the Architecture Review article (April 2009, p.50) that the neighbours are not alienated by the scale of the house.  All I can say is that, I wish the older generation in Australia and their neighbours are more open to ideas alternative to the usual suburban house. 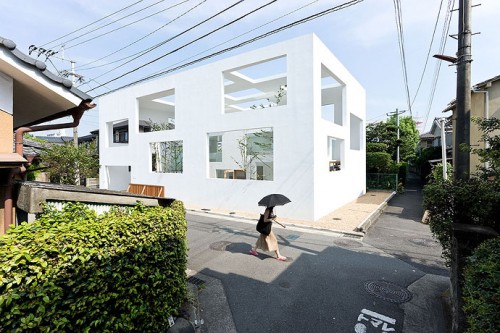 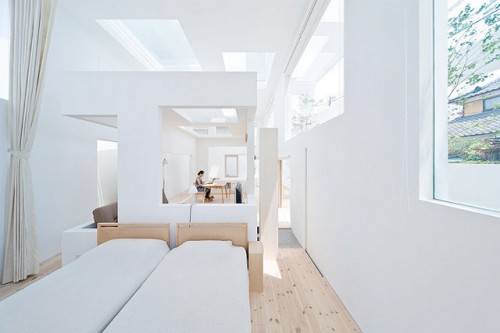 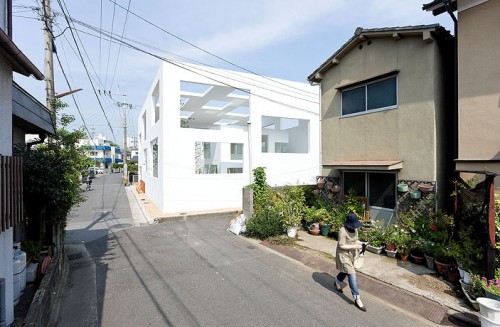 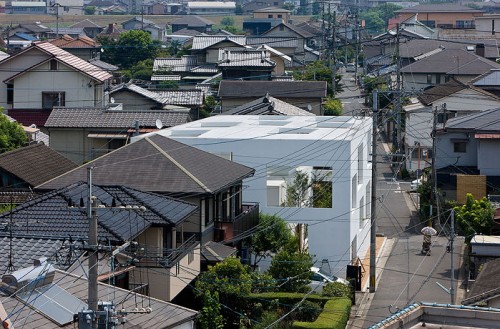 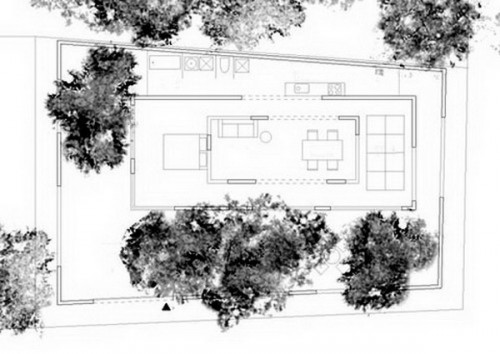 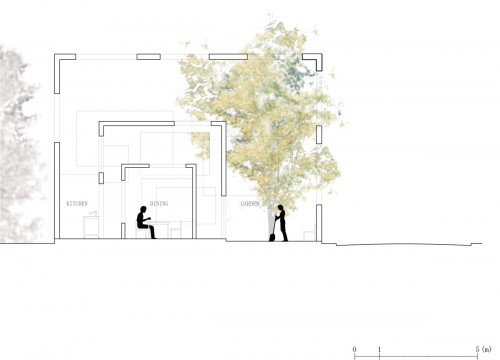